Ever since its inception as the jewel in the crown of the new welfare state post-WW2, the NHS has always quite rightfully been a source of pride for Britain. Held up as the Holy Grail of government spending with any cuts to the health budget being often viewed as sacrilege, it comes as little surprise that the health service often outperforms its international counterparts.

The Primary Care People have created a very useful resource, of which has been carefully converted into an Infographic. More details can be found here

Per the most recent data for 2016, as NHS funding has risen to £117.23 billion for 2015/16, more than 149,000 doctors and more than 314,000 nurses are paid for, operating across approximately 8000 outlets of medical care. Supplemented by nearly 25,500 midwives and nearly 150,000 technical and scientific staff, the scale of the operation is made more apparent. Behind the scenes, roughly 31,000 managers are tasked with overseeing the smooth running of the system, whilst greater than 18,800 paramedics operate on the front lines as first responders.

Of note, is that all the NHS achieves, is done whilst proportionally Britain spends slightly less of our GDP on health care compared to other leading nations. Dealing with more than 1 million visitors every 2 days on average as visitation frequency rates rise in all respects, it is a testament to the dedication of its staff that our NHS continues to be the global pioneer in terms of safe, effective and efficient care. More details on the NHS Services  can be found here

The Health News team have added a useful video below, provided by the Official NHS Choices media department: 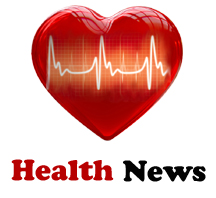